Explore Malaysian business to the world

In this article, we will discussing about 4 prepaid unlimited data plans from major telco. Apart from price and speed, one must also consider the coverage of network provider in their place. 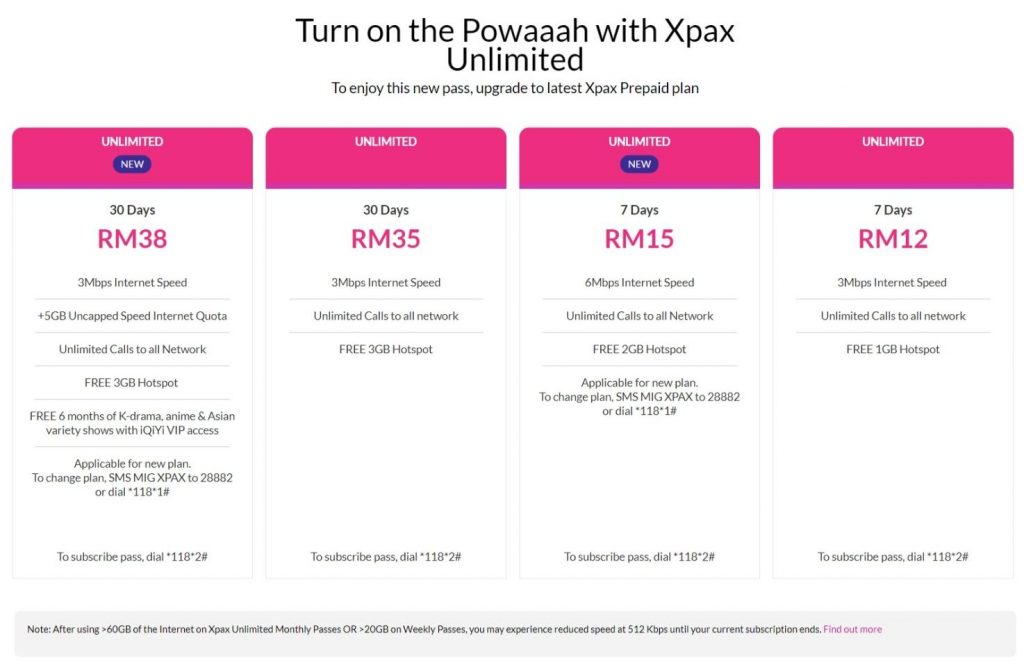 Xpax Unlimited was once called as truly unlimited because there is no Fair Usage Policy (FUP) on it. But they just enforce the FUP for new customer which is 60GB. After reaching it, customer speed will be throttled to 512kbps.

Xpax cheapest unlimited plan price at RM35/month and it comes with unlimited calls to all network, 3GB hotspot and speed throttled at 3Mbps. After reaching 60GB usage, speed will stuck at 512kbps until next plan cycle.

Hotlink Unlimited also offered at RM35/month. It have unlimited calls to all network, but it didn’t come with any hotspot data. However, user can add unlimited hotspot with additional RM5.

For FUP, Hotlink put it at 50GB and speed will be throttled at 512kbps afterward. 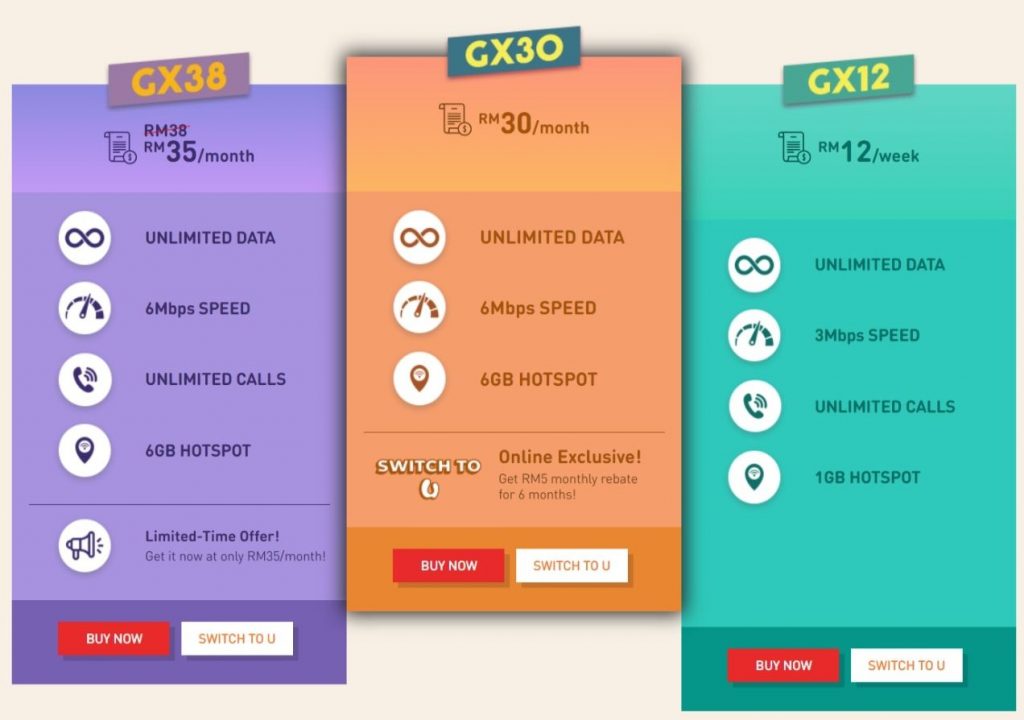 Known as disruptor in telecommunication, U Mobile offered one of the best prepaid unlimited data plans. For just RM30/month, user will get unlimited data with speed capped at 6Mbps, together with 6GB hotspot.

No call included, but user can add RM5 for unlimited calls. According to U Mobile, they didn’t put any FUP quota, so user can enjoy 6Mbps all the way until 1TB usage or more. 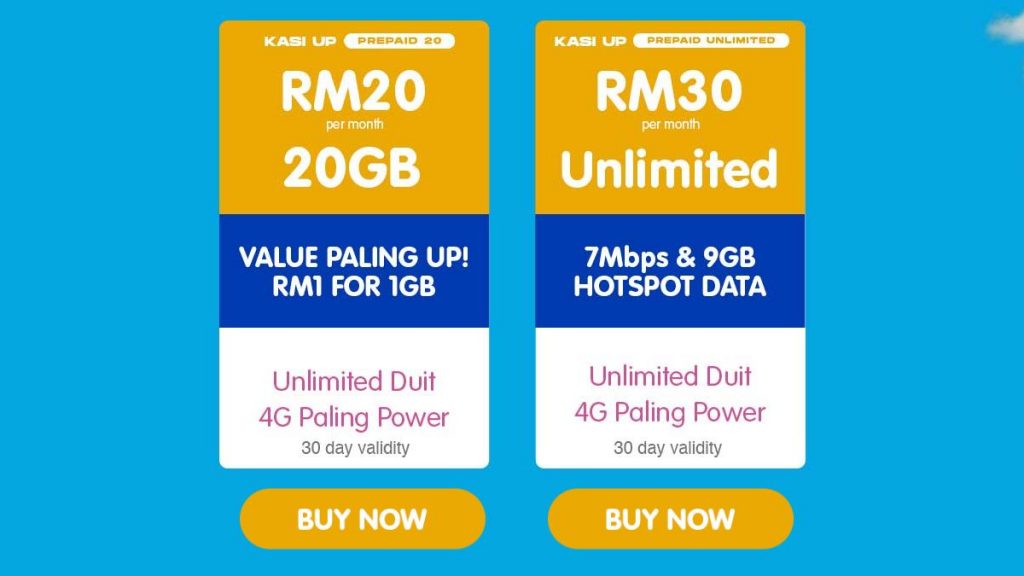 But user must be aware of Yes coverage at their place. Yes recently announced they have reached 91% population coverage in Malaysia. Not as extensive as other telco but should be sufficient in city, at least.

So, which one plan will suit you most?